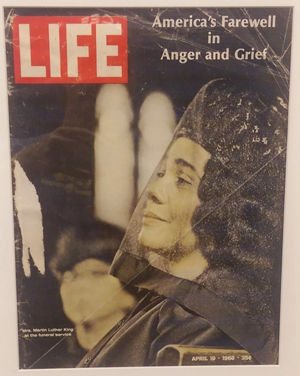 LIFE’s April 19, 1968, cover shows Coretta Scott King in the front pew of Ebenezer Baptist Church in Atlanta at the home-going service for her martyred husband. On the day before the funeral, Mrs. King appeared at the Memphis march and rally Dr. King had promised to lead before his assassination in that city on April 4. As was customary with her husband she turned her thoughts inward and to the future of the nation and its people. — As he once said, “It is not the quantity of time that is important but the quality of that time.” 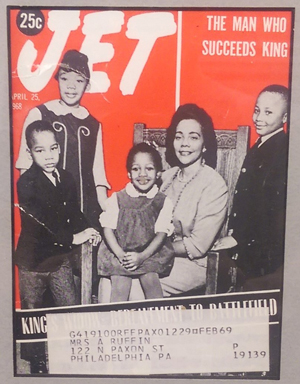 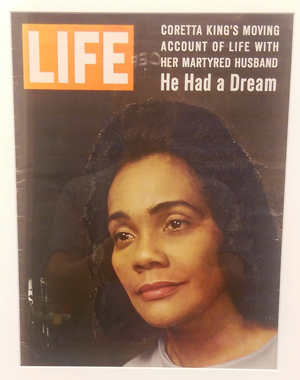 LIFE Magazine ― “He Had a Dream”

The Sept. 12, 1969, issue of the magazine featured Coretta Scott King’s remembrances in her own words of the challenges she shared with her husband. 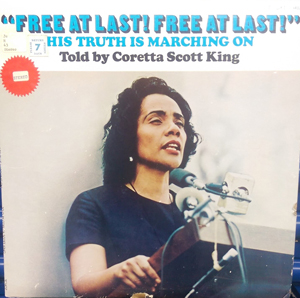 Released in 1969 by Caedmon Records this vintage vinyl LP features nine tracks on two sides narrated by Mrs. King. Tracks cover key events in her husband’s career — including the first sit-in Greensboro, North Carolina; his 1963 “I Have a Dream” speech from the March on Washington; his famous “Letter from a Birmingham Jail”; and his last speech, “I’ve Been to the Mountaintop,” delivered at a Memphis church the day before he was killed. … Mrs. King also discusses her husband’s views on non-violence and Black Power. … The album’s back cover contains a written speech by Mrs. King given at Memphis City Hall on April 8, 1968, four days after Dr. King’s assassination.