Traveling Presentation 3: On The Battle Lines 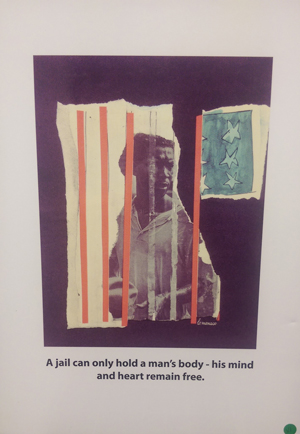 The program distributed to participants in the historic 1963 March on Washington contained five collages created by artist and illustrator Lou Lo Monaco to raise awareness of the violence directed at the Civil Rights movement by governments and hate groups like the Ku Klux Kan. This tragic reality would culminate in the assassination of Dr. Martin Luther King Jr.

“Negroes Go to Jail to Open Freedom’s Doors” was published in the Philadelphia Daily News on June 25, 1964. It was the fourth of 13 articles excerpted from the book “Why We Can’t Wait” by Dr. Martin Luther King Jr. The book argued for urgent political and governmental action on Civil Rights. 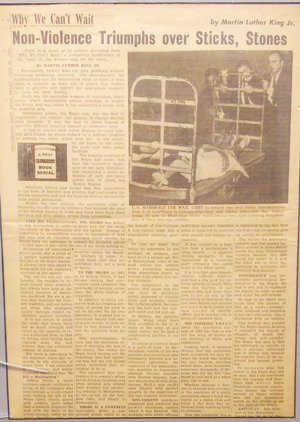 Titled “Non-Violence Triumphs over Sticks, Stones” and published in the Philadelphia Daily News on June 26, 1964, this was the fifth of 13 excerpts from Dr. King’s book “Why We Can’t Wait” and features the Civil Rights leader explaining his belief in non-violent political and social change. 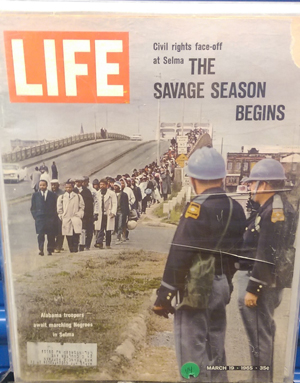 LIFE’s March 19, 1965, cover was devoted to a photograph taken nine days earlier of voting rights marchers crossing the Edmund Pettus Bridge at the city limits of Selma, Alabama, while helmeted State Police equipped with gas masks look on. … For 100 years, African Americans, mostly in the South, were prevented from voting in violation of the Fifteenth Amendment to the Constitution, which was passed in 1870 and says no one can be denied the right to vote because of race. … On March 7, 1965, some 600 voting rights demonstrators attempting to march from Selma to the state capital of Montgomery were attacked at the bridge by police using tear gas, clubs and other weapons. Televised images of “Bloody Sunday,” as it became known, roused nationwide support for the marchers’ cause, and 10 days later, the Voting Rights Act was introduced in Congress to enforce the Fifteenth Amendment. On March 21, more than 3,000 people led by Dr. Martin Luther King Jr. successfully completed the Selma-to-Montgomery march. The Voting Rights Act was passed by Congress and signed into law that summer by President Lyndon B. Johnson. Considered by many to be the single most effective piece of Civil Rights legislation, the Act has been amended five times to expand its protections. … The events at the Edmund Pettus Bridge were the inspiration for the 2014 film “Selma”. 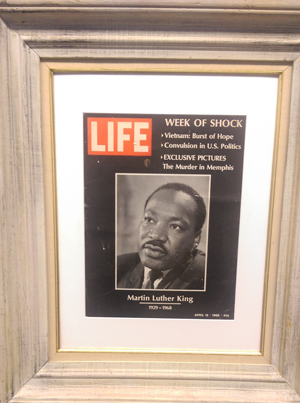 The color of mourning dominates the April 12, 1968, cover of Life, published eight days after the assassination of Martin Luther King Jr. in Memphis, Tennessee. …Dr. King and other activists had traveled to the city to support a strike by sanitation workers. Dr. King gave a speech at a Memphis church on April 3; and early the following evening, while standing on the second-floor balcony of the motel where he and his associates were staying, he was fatally struck in the neck by a single rifle shot fired from a rooming house across the street. He was 39. … The assassin, James Earl Ray, was an escaped convict with a history of violent crime who had become influenced by the segregationist views of Alabama’s controversial ex-Governor George Wallace, who was running for president 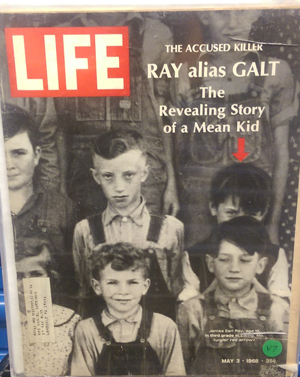 LIFE Magazine ― “The Revealing Story of a Mean Kid”

The cover of LIFE on May 3, 1968, showed King assassin James Earl Ray as a schoolboy in Missouri. … After the crime Ray fled to Canada, then to Europe, and was arrested in June at London’s Heathrow Airport and extradited to Tennessee. To avoid a trial and the possibility of the death penalty he pled guilty and was sentenced to 99 years. He died in prison in 1998.