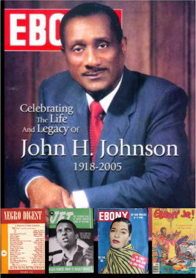 The African American Heritage Museum of Southern New Jersey (AAHMSNJ) will explore the publishing empire of John H. Johnson through an exhibit showcasing its collection of over 3,000 issues of his publications. The exhibit will be on display from October 1 to December 30 at the museum in the Noyes Arts Garage of Stockton University( 2200 Fairmount Avenue in Atlantic City).

Johnson’s own inspiring biography is an example of the kind of stories that were explored within the glossy pages of his popular magazines.

This exhibit is sponsored by