Permanently on display at the AAHMSNJ’s Atlantic City location: 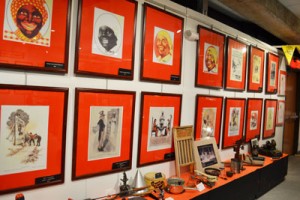 Stereotypes:  From Little Black Sambo to Aunt Jemima and Beyond
The Gold Dust Twins,  Amos & Andy,  Buckwheat — images used widely in advertising and print media to represent black Americans by proxy and influencing the perception of an entire race.  This is an important exhibit for young people to see.  It is instructive about an era which they never experienced, yet it shows how the mass marketing of negative imagery affected generations of African Americans with repercussion that continue today.

Portraits Of A People
This exhibit was donated to the museum by an Atlantic City family who discovered decades-old portraits in a crawl space under the house.  These portraits, painstakingly restored by Earl K. Parker, III, provide a rare glimpse into an African American family of apparent status. 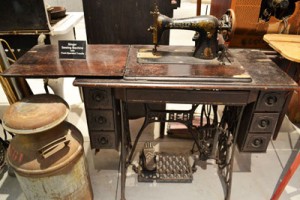 At Home:  Furniture & Fixtures of Early African American Life
From washboards, to ice boxes to cast iron small appliances to foot-pedal sewing machines.  These precious artifacts have been donated to the museum from the homes of African American families.  When visitors see this exhibit and share it with the young people in their lives, it becomes abundantly clear how far we’ve come in the space of a lifetime. 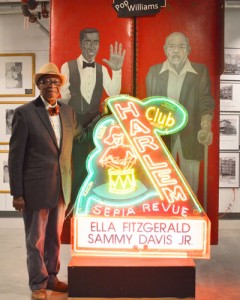 The Northside:  The Way We Were
Photos and memorabilia starting from the time “Boardwalk Empire’s” Enoch “Knukky” Johnson walked the boards in Atlantic City to the years when a thriving, elite class of African Americans held high positions and attracted world-class entertainers.  See the original Club Harlem door and sign, and photos of some of the famous people who graced its stage.

Select pieces from these exhibits are also part of our Traveling Museum’s Corporate Exhibits.