Shaka — King of the Zulus 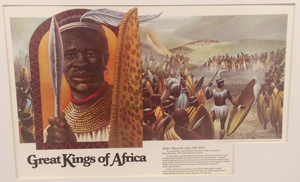 Shaka built a small Zulu tribe into a powerful nation of more than 1 million people and united all the tribes in southern Africa against European colonial rule. … A military innovator, Shaka revolutionized 19th century warfare among the Bantu-speaking peoples. He was the first to group regiments by age and to train his soldiers to use standardized weapons and special tactics. He developed the “assegai,” a short stabbing spear, and marched his regiments in tight formations, using large shields to fend off an enemy’s throwing spears. His troops earned such a reputation that many opposing armies would flee at the sight of them. 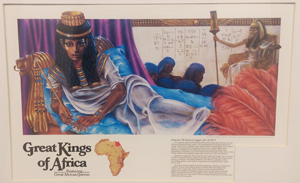 Cleopatra, often erroneously portrayed as Caucasian, rose to the throne of Egypt at the age of 17. Renowned for her beauty, intelligence and wit, she was able through cunning and diplomatic skill to extend Egypt’s influence throughout the Mediterranean world. … Her famous visit to Rome, accompanied by hundreds of scientists, artists, architects, economists and other intellectuals, would influence the Roman calendar, the public accounting system, and culture in general. … Striving to elevate her country to world supremacy, she enlisted the military services of two great Roman leaders, persuading first Julius Caesar and then Mark Antony to ally with her on Egypt’s behalf. Both men became her lovers. But misfortune stalked her. Caesar was assassinated in Rome, and Cleopatra and Antony’s combined naval forces were defeated in battle by Caesar’s nephew Octavius, who later become the first Roman Emperor under the name Augustus. After the defeat, Antony took his own life, and Cleopatra, rather than face capture, committed suicide by inducing a poisonous snake to bite her. … 1,600 years after her death she was immortalized in William Shakespeare’s tragedy “Antony and Cleopatra”. 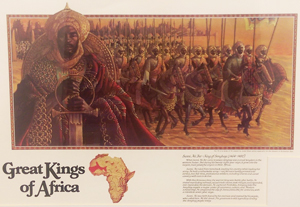 Sunni Ali Ber built a small kingdom in the western Sudan into one of the largest, most powerful empires in the history of the African continent. … A warrior king, Sunni Ali ruled from horseback, governing his country while leading a powerful army of well-trained, professional soldiers. He routed marauding nomads, seized trade routes and continually expanded his domain. His capture of Timbuktu brought into the Songhay empire a center of commerce, culture and Muslim scholarship and one of the great cities of the world. … He was as revered by his people as he was feared by his enemies. The achievements of Ali the Great, as he is known, are still legendary among the Songhay people today. 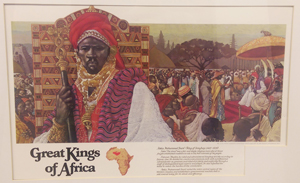 Askia “The Great” united the central region of the western Sudan and established a governmental machine that was a model of justice and efficiency. … He divided his kingdom into provinces, each with a professional administrator as governor, and ruled each fairly and uniformly through a body of distinguished legal experts and judges. … A devout Muslim, he governed Songhay strictly according to Islamic Law. But he was popular among the common people as well, often going against established traditions in their interests and reforming taxes to reduce the burden on their lives. 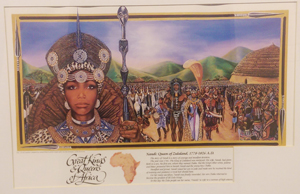 The story of Nandi is a story of courage and steadfast devotion. … The king of Zululand was overjoyed when his wife Nandi gave birth to a son, his first son, who they named Shaka. But the king’s other wives were jealous and they pressured him to banish Nandi and the young boy. Nandi was forced to raise her son in exile, but she made sure he received the training and guidance a royal heir should have. For her many sacrifices Nandi was finally rewarded when Shaka returned to become the greatest of all Zulu kings. … To this day, the Zulu people use the name “Nandi” to refer to a woman of high esteem. 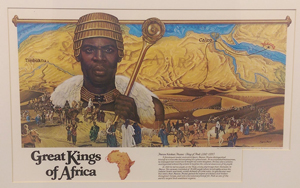 Mansa Mussa distinguished himself as a ruler who did everything on a grand scale. … An accomplished businessman, he managed vast resources to benefit everyone in his kingdom. He was also a scholar and imported noteworthy artists to heighten the cultural awareness of his people. … In 1324, he went on the Hadj, the holy pilgrimage to Mecca, with a caravan of 72,000 people whom he led safely from his capital of Timbuktu across the Sahara desert and back, a distance of more than 6,400 miles. So spectacular was this event that Mansa Mussa gained the respect of scholars and traders throughout Europe and won recognition for Mali as one of the world’s largest, wealthiest and most enlightened of empires.