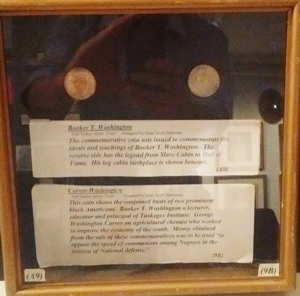 A commemorative silver half-dollar featuring the conjoined busts of educator Booker T. Washington and botanist and chemist George Washington Carver was designed by African American artist Isaac Scott Hathaway and minted in Philadelphia, Denver and San Francisco from 1951 to 1954. The reverse side was stamped with a map of the continental United States circled by the words “Freedom and Opportunity For All Americans”. … Hathaway, who founded the Department of Ceramics at Tuskegee University, was the first African American to design a U.S. coin. He died in 1967. 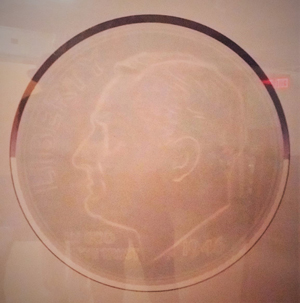 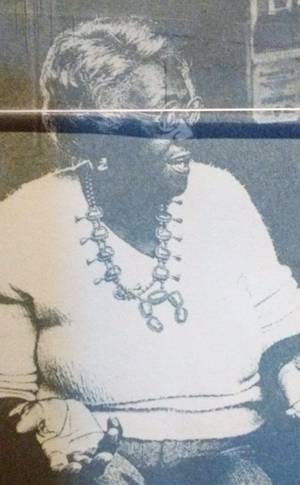 The portrait of President Franklin Delano Roosevelt on the U.S. dime was created by Harlem Renaissance artist and sculptor Selma Hortense Burke. … A woman of many talents, Burke was born in North Carolina in 1900 and trained early in life for a career in medicine. She worked as a nurse in New York City before recognition of her accomplishments as an artist allowed her to travel to Europe to study sculpture and ceramics. She earned a master’s of fine arts from Columbia University in 1941 and two years later won a competition in Washington, D.C., that led to President Roosevelt posing for her. After his death in 1945, her sculpture of him was unveiled by President Harry S. Truman as a bronze plaque that served as the model for the Roosevelt dime. … Burke went on to teach at Harvard and elsewhere and founded the Selma Burke School of Sculpture in New York and the Selma Burke Art Center in Pittsburgh. Her works have made their way into many public and private collections and have been exhibited at the Metropolitan Museum of Art, the Museum of Modern Art and the Whitney Museum of American Art, among other prestigious institutions.