Few Americans who rose to prominence during the Civil Rights era have had as much impact as Malcolm X. The Black Pride, Black Power and Black Arts movements, Black Nationalism, Pan-Africanism — all trace at least some of their origins to his life and work. … Born Malcom Little in 1925 in Omaha, Nebraska, he dropped out of school at 15 and made his way to New York City, where he lived as a drug dealer and petty criminal. He joined the Nation of Islam while in prison for burglary, and on his release in 1952 emerged as a leading advocate of a militant philosophy of black separatism, self-sufficiency and self-determination preached by Nation of Islam leader Elijah Muhammad. A powerful speaker and organizer, he became the public face of the Black Muslim movement and helped build its influence nationwide. His fame approached that of Martin Luther King, although he strongly disagreed with Dr. King and the mainstream Civil Rights movement over its emphasis on integration. … However, by the early 1960s he’d become disillusioned with the Nation of Islam, and after a period of travel in Africa, Europe and the Middle East, which included a religious pilgrimage to Mecca, he converted to Sunni Islam, publicly repudiated the Nation of Islam and, while he did not soften his militancy, began to espouse cooperation with other Civil Rights groups. … It was at that time that he started working with author Alex Haley on his life story. But he did not live to see it published. In February 1965, he was shot to death at a rally in Manhattan. Three members of the Nation of Islam were convicted of the crime. … Haley’s “The Autobiography of Malcolm X,” released later that year, has come to be regarded as one of the most influential non-fiction books of the 20th century. While the legacy of Malcolm X continues to inform and inspire the struggle for human rights and social justice around the world. 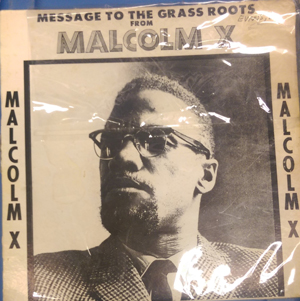 “Message to the Grass Roots”

Malcolm X had already fallen out with the Nation of Islam when the Detroit-based Afro-American Broadcasting and Recording Company recorded what is believed to be the last speech he gave before an order of silence was imposed on him by Nation of Islam leader Elijah Muhammad for critical comments he made after President John F. Kennedy’s assassination. … The occasion for the November 1963 speech was a gathering at King Solomon Baptist Church in Detroit of several groups organized as the Northern Negro Grass Roots Leadership Conference. The conference ended just days before Kennedy was killed in Dallas. 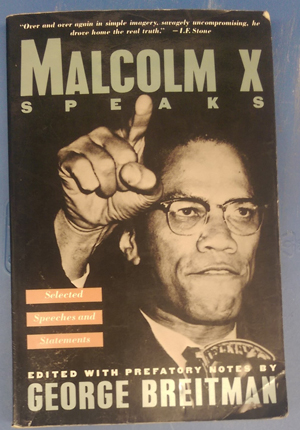 First published by Grove Press in 1965 in collaboration with Malcolm X’s widow, Betty Shabazz, this book features 16 speeches and statements made by the black nationalist leader during the last year of his life, a time when his views were evolving away from strict adherence to the Nation of Islam. Included is the text of the March 1964 press conference where he announced his departure from the NOI and his intention to form his own movement. It includes his last radio interview, conducted in New York on Feb. 18, 1965, three days before he was assassinated at a rally in Manhattan. 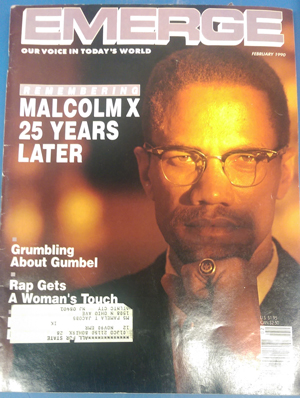 Twenty-five years after his death, Malcolm X was featured on the February 1990 cover of Emerge, a monthly magazine that TIME once hailed as “the nation’s best black news magazine”. … He would appear again on the covers of two issues of the magazine commemorating Black History Month. … He figured prominently in The Philadelphia Inquirer’s February 1990 TV Week magazine coverage of the acclaimed PBS Civil Rights documentary “Eyes on the Prize”. 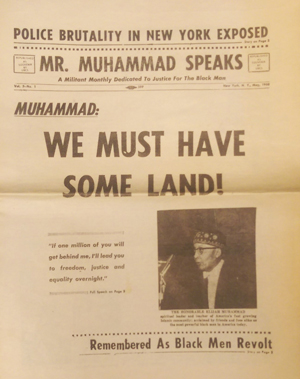