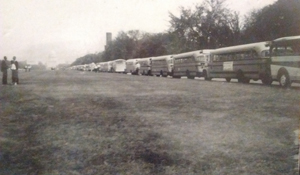 August 28, 1963 ― participants arrive for the March on Washington for Jobs and Freedom with the dome of the Capitol visible in the distance. … More than 200,000 people participated in the March, which galvanized national attention on the struggle of African Americans for equality and led to the passage of the Civil Rights Act of 1964. 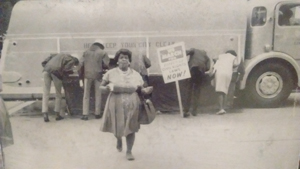 There were few facilities for the comfort of the many thousands who journeyed to the nation’s capital on that hot summer day, but participants made do the best they could. 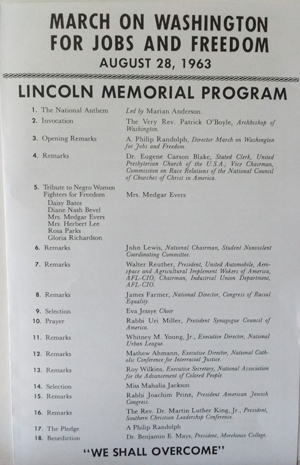 The March on Washington was organized by a national cross-section of Civil Rights and community organizations, religious groups and labor unions. Its goals were urgent and clearly defined and memorialized in a souvenir booklet distributed to March participants. Forty thousand booklets were printed.

The Lincoln Memorial was the center of activity on that historic day, which began with the singing of the National Anthem by opera great Marian Anderson. A “Tribute to Negro Women Fighters for Freedom” was led by the widow of slain activist Medgar Evers and included Rosa Parks among others. The list of speakers featured activists and faith leaders both black and white.

The last of the series of “Remarks” was reserved for Dr. Martin Luther King Jr., president of the influential Southern Christian Leadership Conference and well-known as a powerful orator. He used the occasion to deliver his now iconic “I Have a Dream” speech. 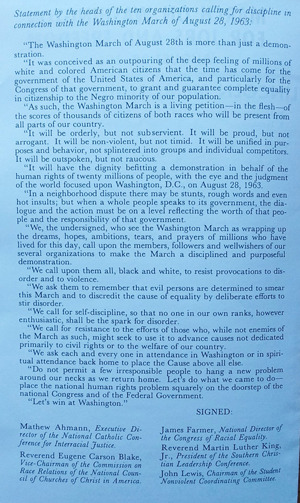 Included in the March on Washington program was an eloquent statement “calling for discipline” and endorsed by leaders of 10 of the principal organizations involved. … A “living petition” was how this statement characterized the March. Expectations were high:

Participants were called upon “to resist provocations to disorder and to violence”. They were reminded that “evil persons are determined to smear this March and to discredit the cause of equality by deliberate efforts to stir disorder.”

As it turned out, the day unfolded with few incidents to speak of. Given the presence of so many people, it was a remarkably peaceful event. 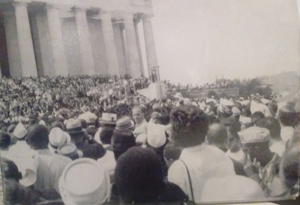 Can you find Dr. King? 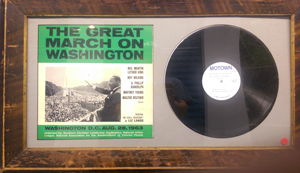 Motown Records, the premier African American-owned commercial record label of the time, issued a commemorative LP the year of the March featuring live recordings of five of the key speeches delivered on the steps of the Lincoln Memorial — including, in its entirety, Dr. Martin Luther King Jr.’s “I Have a Dream” speech. 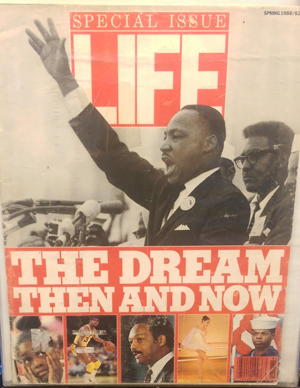 LIFE Magazine ― “The Dream Then and Now”

LIFE published this Special Issue of the magazine in the spring of 1988 ― 20 years since the assassination of Dr. Martin Luther King Jr. and 25 years since the March on Washington ― examining the progress toward equality made by African Americans during that time and the challenges that remained.